WHAT DOES IT MEAN TO BE AN AMERICAN?

Land of the free? Land of opportunity?
We the People?
Of the People, By the People, For the People?
A nation dedicated to values of equality and justice?
Or a nation struggling with racism and
white supremacy and growing inequalities? 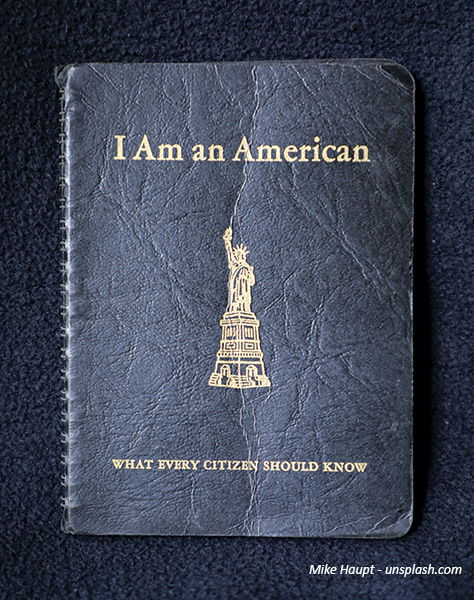 Just what does it mean to be an American in this time of a nation divided, gridlocked politics, racial injustice, great inequalities at all levels and a host of other daunting challenges we currently face as a nation? To address that question demands that we begin with our founding values. But what are those founding values?

Historically new citizens have been told the following: “Citizenship is the common thread that connects all Americans. We are a nation bound not by race or religion, but by the shared values of freedom, liberty, and equality.”

Most of us who are not new immigrants seeking citizenship are taught at an early age that our most important founding values are stated in the Declaration of Independence: “We hold these truths to be self-evident. That all men are created equal. That they are endowed by their creator with certain unalienable rights. That among these are life, liberty and the pursuit of happiness.”

However, all of these values are being challenged by many of African-American descent along with others as being “white racist” in origin and do not speak to a major segment of our population. That our values were not first given voice in 1776 but in 1619. It was in that year that slaves were first brought into Jamestown, Virginia. It also is the year that the first gathering of a representative governing body was introduced in America. These two events gave birth to our founding values, one of freedom and representation and the other of slavery and racism.

“Arguably, then, 1619 marks the inception of the most important political development in American history, the rise of democracy, and the emergence of what would in time become one of the nation’s greatest challenges, the corrosive legacy of racial stereotypes that continues to afflict our society today."      (James Horn, "1619, Jamestown and The Forging of American Democracy", 2018)

One can easily argue that our most important values as a nation are founded on racial justice and racial equality. These are the values that speak directly to the 41 million African-Americans of today. But many of another minority community of 61 million seem to hold to a different set of values. Latinos or the Latinx community are reported to embrace values that speak to individual and family responsibility and economic opportunity and security.

As Colonial Williamsburg Foundation well states: “The premise of Idea of America is that Americans embrace values that are often in tension. These tensions—law vs. ethics, freedom vs. equality, unity vs. diversity, common wealth vs. private wealth—are at the heart of a great debate that began with the founders and continues today.” 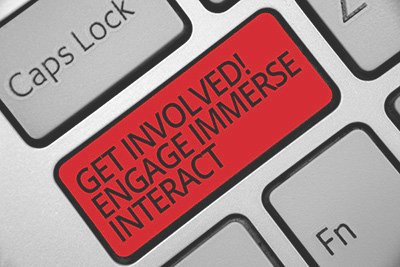 In Platform One we provide the resources and tools for addressing:
(1) The issue of the most important values in shaping our society and our nation (Our Values);
(2) How those values have been defined and expanded to be more inclusive of all Americans (Our Legacy); and
(3) How those values will shape our nations future (Our Future).

We encourage and challenge all who want to preserve our Democracy to engage in debate and discussion and in involvement and action to draw upon these resources and tools. It can simply be self-reading or more ideally engaging a group of friends to gather around the “kitchen table” or “book club” and any other form of community gathering to address the challenges that we face in our local communities as well as our nation at large. To ask ourselves what does it really mean to be an American? What do we really embrace as our most important values as caring citizens seeking the common good? How can we make a difference in our local communities to heal the divisions that currently exist?