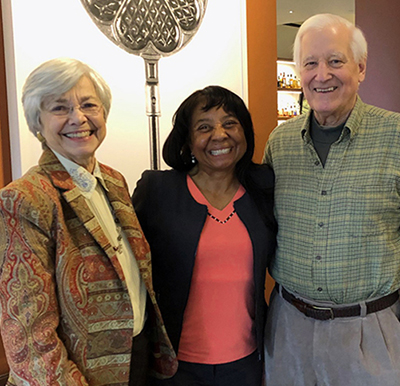 "These initiatives will make it possible for the School of Social Welfare to elevate their public visibility and draw awareness to dynamic scholarship and discourse around these issues on a national level. Your commitments are important not just to Berkeley’s future, but also to the future of our nation. Thank you for lighting the way toward racial reckoning and social justice.”

One of the most significant new initiative is the “Idea of America and Social Justice Forum.” This is a five-year program “envisioned as an annual forum—sponsored by the School of Social Welfare—of scholars, researchers, policymakers, social justice advocates and students. As Dean Linda Burton states:

“Now more than ever the School of Social Welfare at UC Berkeley needs to expand its reach in praxis, teaching, research, and shaping public policy around social justice. John and Beclee’s generosity has fast tracked our School’s ability to do so.”

The Forum, while only one part of the new social justice initiative, will be launched in the spring of 2022 with the first of the annual forums. It will focus on themes pertinent to Latinx communities and democracy. Chancellor Christ has made this the main focus for the entire academic community of Berkeley  and the Idea of America and Social Justice Forum will be on the forefront of this initiative. Subsequent forums will identify current issues and challenges to be addressed and given national prominence.